CAN Review – Darkened M00d’s creations leap out of any twitter or Instagram feed. His ability to create a powerful atmosphere or indeed ‘mood’, reveals an artist with the ability to manipulate the tone of an image, as well as the composition. Sometimes the figures in question dominate the image, while at other times they are positioned at a distance within a larger landscape, creating a sense of emotional isolation and disquiet. The image above is the first print Darkened M00d ever sold and gave him the belief that his artwork was heading in the right direction. It exhibits certain traits that appear in many of Darkened M00d’s subsequent work. The skull, geometric shapes and glitch effects are combined in an incredibly compelling way with a subdued colour palette that enables the viewer to fully appreciate the form and composition of the work. There is a sense of despair, but there is also beauty in the work that lifts it beyond a mere representation of death.

The second artwork features the distorted and grotesque image of a clown with a skull-like appearance, and fearsome grin that leads the mind into imagining what lies beyond the crooked teeth. The combination of black and white areas and highly saturated colours almost trick the mind into seeing other shapes and figures within the mouth area. The image also reveals subtle glitch effects and pixellated areas that provide a contemporary edge to the artwork.

The final piece is a collaboration with fellow artist Michael Blesse. The image blooms with a glow or aura that partially obscures the finer features of the image, forcing the viewer to peer ever closer to the shapes and forms within the artwork. A writhing snake with glowing eyes winds in and out of the eye sockets of a skeleton wearing what appears to be a large 17th Century ‘Ruff’. The overall effect creates a surreal and somewhat mystical image that is steeped with symbolism and the echoes of a cultural past long forgotten by 21st Century society.

We are fotunate that Darkened M00d is a prolific artist, who revels in the creative process of making art. His twitter feed is one of the most eye-catching and impactful of any within the cryptoart landscape and I encourage you all to follow him and appreciate his stunning artwork.

What is your background as an artist in general?
I worked on web design in 99, my work was considered too artsy to land a job. I used flash to create moving colorful images. I then wrote a novel in 2013. In between 99-13 I had kept my artistic chops flowing by doing whatever I could in my corporate job. Be in logo making, newsletter design, you name it I was the guy. In 2015 I started taking pictures of architecture here in NY. In 2017 I took up digital editing and manipulation because the BNW pics of the same buildings weren’t telling the story I wanted to tell. I started editing strictly on my pixel phone in 2017 and finally graduated to iPad in June 2020. I have an absolute passion and have created at least one pick, every day since 2017.

What is your overall process in generating art?
Mood and story, does that make sense? I operate on feeling. I have my coffee and music in the background. I get in a certain head space where I want to tell a story. I go to Unsplash or Pexels if I need some inspiration. Sometimes a picture would jump out at me and I’d start to tell the story and create it through the apps I use. I start in Superimpose X to set the scene. I then bring it to Procreate for texture, atmosphere and tweaks on characters. I then take the piece to PSExpress to fine tune the colors. I crank saturation, sharpness until my eyes tell me it’s where I want it to be. I also use Snapspeed and Picsart but sparingly

How would you describe your art in your own words?
Dark Atmosphere. I know that description leaves no room for color but when you look at my work it’ll make sense. I just want to go at the horror/macabre genre from a different angle. For too long I settled in the dark and black and whites tones only. My problem is that I love colors. I think a certain combination and ease the mind. I like challenging that by having images that are unsettling, creating something that is a battle within itself. Like we all are.

Favourite artists / influences?
Salopalo (Humberto Dominguez) on instagram first and foremost. His atmosphere and storytelling are absolutely beautiful. He pairs each piece of his with a poem detailing a story of the world you see in his piece. His work inspired me to start my artistic path on instagram and create darkened_m00d. Another huge influence is Unworn on Instagram, his creepy vibes is something I tried to recreate with my pieces.

How did you discover the new blockchain world of Crypto Art and NFTs in general?
I saw an instagram story from Josh White about Minting and NFT. I had no idea what that meant. I always kept my eyes open to see how other artists sold their work. Naturally I asked Josh what he was talking about and here I am. So Thank you Josh!

Has the digital nature of cryptoart NFTs changed how you approach your art practice?
Great question. I have collaborated with so many artists since joining the NFT space and I am absolutely better for it. So many different styles challenged my old way of doing things. It’s definitely made me a better artist for sure.

What if anything, has surprised you about this new area of art practice?
The Community. Hands down, prior to this major influx of folks, the community has been so supportive. I have no words to describe the welcoming and support these fellow artists have been. I always look to pay it forward.

How would you like the field of cryptoart and nfts to evolve over time?
I would like it to be seen with some respect. With this light shining on it, it seems that people call it a scam and what not. I think NFTs are the future of digital items. Scoff now, trail behind later.

How can access and information to this new field of art practice be encouraged?
Getting the correct info out there to any artist that seeks it. Best practices for wallets and crypto, what to stay away from and how to market. 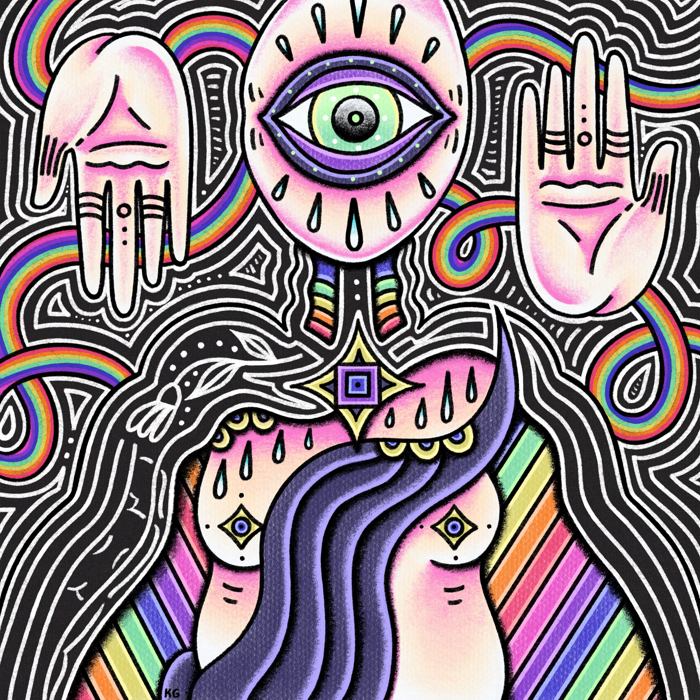 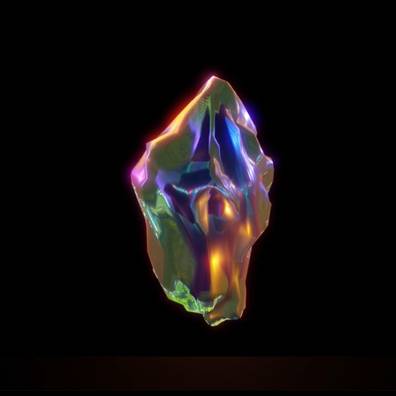